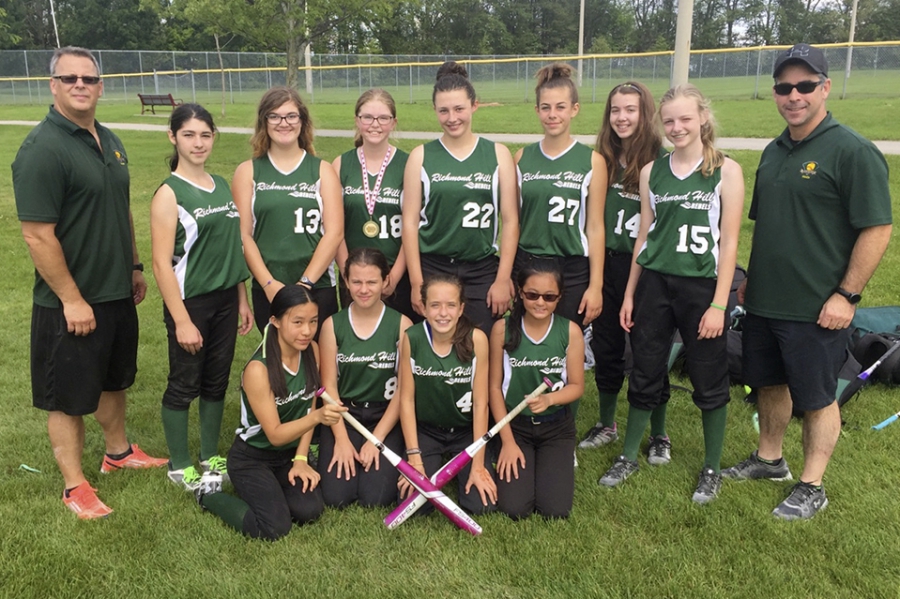 The 2017 U14 Select season was an interesting one with the majority of the team comprising of last year’s U12 Select players who moved up. With two senior U14 veterans, Kyla Ciomyk and Caitlyn Wunderlich, the team set off for their journey.

The team participated in five tournaments this season: Brampton, Brantford, Etobicoke, Richmond Hill and the OSSTA Championships, held in Brantford. The first tournament was an indicator of the competition the team would face all season.

At the OSSTA Championships on August 26/27, 18 teams participated. Of the four teams that Richmond Hill faced, three were new opponents. RH faced Exeter in the final game of the round robin. The RH girls played their best defensive game all season against a powerful and strong Exeter team. Exeter’s pitching was top notch and created difficulties for our batters, however the Rebel girls were on their game. With a low final score of 5-2 and a win by Whitby, the Rebels advanced to the elimination round.

On Sunday morning, knockout day for the tournament, the Rebels played Etobicoke. Unfortunately, some misplays in the first and second inning yielded a lead too great to mount a comeback and the Richmond Hill Rebels fell to a good pitching Etobicoke team. Overall, Richmond Hill finished in 10th place out of 18.