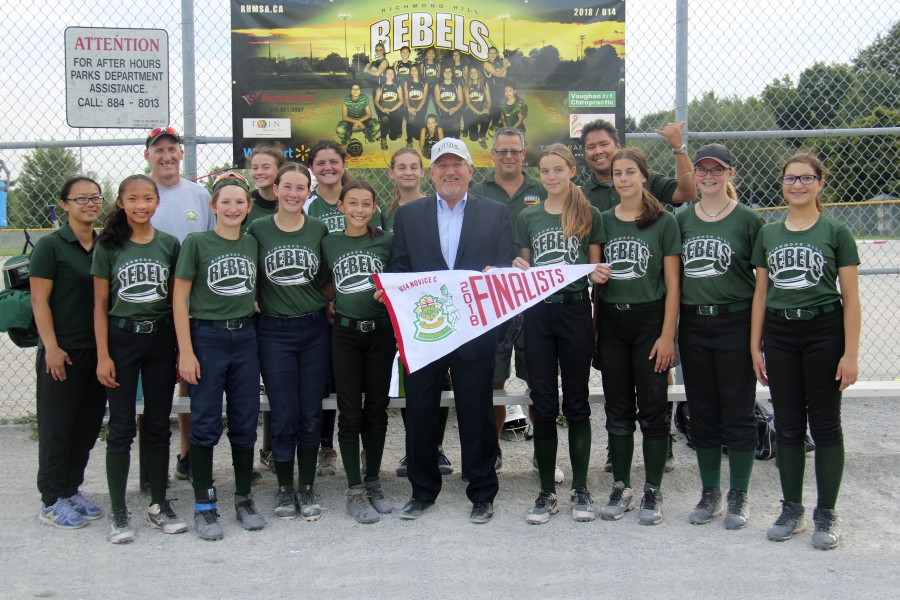 Congratulations to the Richmond Hill Rebels U14 Rep Team! In their debut season and with 51 teams competing from all over Ontario, the team climbed their way to the podium at the PWSA Provincial C Championships, earning the bronze medal. Fueled by a deep pitching roster and solid defence, this team will now represent Ontario at the Canadian Eastern Championships in St. John’s, Newfoundland. Our wonderful Richmond Hill Mayor Dave Barrow came out to the field to congratulate the coaches, families, league and especially the girls who achieved their goal this season by advancing to Easterns. Thank you Mayor Barrow! It was our team’s honour to meet with you. Good luck to the Richmond Hill Rebels at the Eastern Championships!