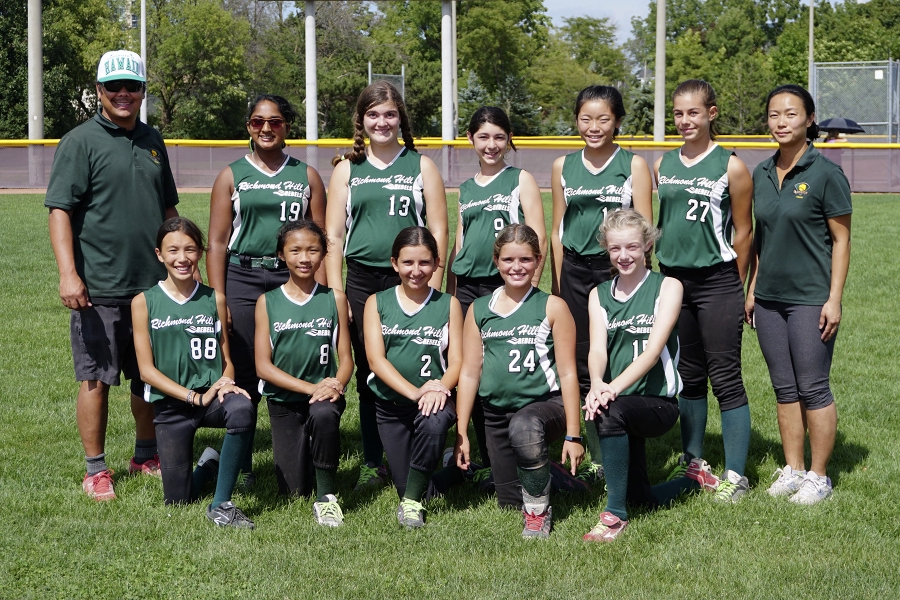 A HUGE congratulations to Richmond Hill Minor Softball Association after making its mark in August, at the OSSTA (Ontario Select Softball Tournament Association) Provincial Championships. With 18 teams competing from all over Ontario, the two U12 all-girls Select teams displayed much depth and talent. While the White Diamonds lost 3 close round robin matches in their debut U12 championships, the Green Extreme coached by James Bland and Monica Bland impressed with a 3-0 record and allowing only 2 runs on the first day of pool play to advance to the quarter finals. On day 2, the Green Extreme faced stronger teams but their solid pitching, impressive defence and strong batting brought the team to the championship game. Although they held the lead throughout the majority of the final game, they eventually gave up the gold to Brantford 9-8. Despite the loss, Richmond Hill took home the silver medal! Congratulations to the coaches, families, league and especially to the girls who achieved their goal this season by working hard, playing smart and following their dreams.
Your goal was to medal in every tournament and you did. Way to go girls!