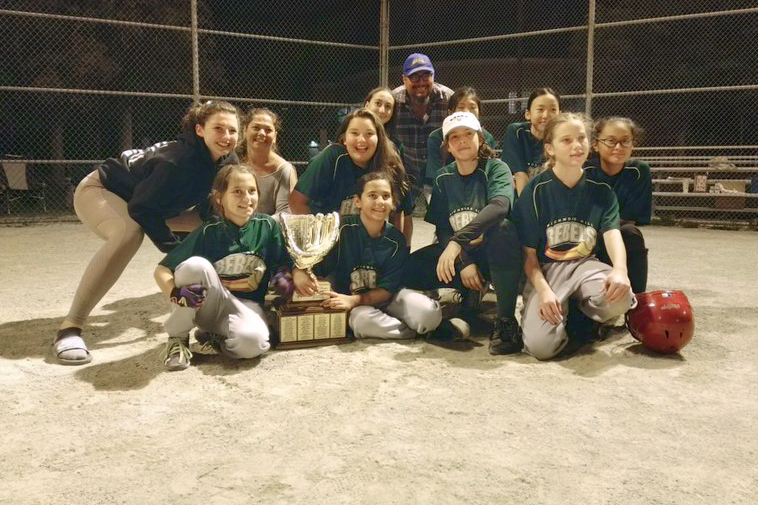 The Green Clover U14 House League team, coached by Steve and Tonia Sarkissian, had a fantastic year! They held 2nd place throughout the season within the York North Loop competing with teams from Aurora, Stouffville and Newmarket. They also captured the Golden Glove Trophy at the Richmond Hill Championship U14 House League game. With new players who have never played ball to experienced veterans, the girls played with the best intention in mind that was to have fun and to play competitively. They even wrapped up the year by pulled off an amazing triple play in their last game of the season! Fantastic job ladies!